Today, the accessory industry for newborns and infants is a dynamically developing business sector. Manufacturers compete to invent increasingly sophisticated and creative products designed to help young parents in caring for their children. Among the many colorful and often unnecessary products, there are exceptional products that are designed to really help and support parents to create normality where it’s not always possible.

A bottle of the future

One such unique product is the personalized “New Eve” milk dispenser. Created by designer Beata Nikolajczyk – Miniak, it has been awarded many times in various prestigious competitions. The design of this innovative baby milk bottle is the shape of a female breast. It’s designed this way to reproduce the experience of natural feeding in situations where it is not always possible. It was created on the basis of research supported by the financial resources of the Ministry of Science and Higher Education.

The process of creating a bottle started with a questionnaire dedicated to mothers feeding naturally,  distributed on social networks and made available in various charitable institutions. The study involved 100 women whose breasts were sized on the basis of collected data from two angles – front view and a cross-section view. The irregular shape of the female breast was able to be reproduced using the most modern 3D scanning technology within the new SMARTTECH3D scanner. The scanner operates with structural white LED light technology and measures a field of 300×200 mm in only 0.2 seconds. Because it’s using light, the measurement is completely safe for the human body.

3D scanning itself involves obtaining information about the shape, and geometry of an object and creating its virtual digital copy. As a result of scanning, a cloud of points is obtained,  meaning a set of reflecting surfaces of the scanned object. They are described by three X, Y, Z coordinates and can also store object color information. Then a triangle mesh is created from these points. Thanks to this, the shape of the object is reflected in detail using a set of several million small triangles.

Gathering data about the shape of the nipple was done using only the 3D scanner, which was able to take the geometric dimensions: width, length, and height of the nipple. Using SMARTTECH3Dmeasure, a detailed analysis was able to generate precise calculations of the examined surface including indentations, inequalities occurring on the nipple surface and it was also possible to see an enlarged view of the nipple-areola surface. 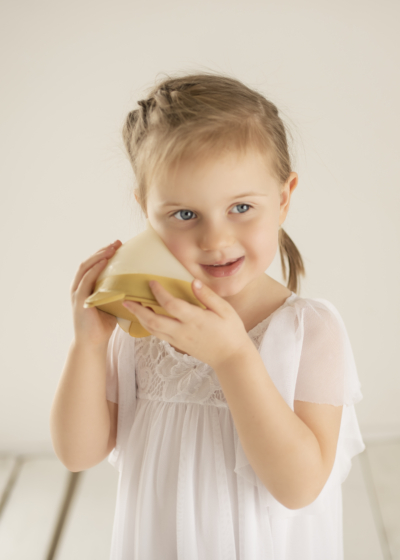 Warmth, closeness, security closed in the shape of the mother’s breast

Averaging the results and analyzing the relationship between the proportions of individual parts of the breast collected from all the tests on the nipple measurements contributed to the formation of the bottle in the shape closest to the natural breast. Observation of the nipple itself helped to design the shape and structure of the element responsible for the outflow of milk.

This research was how the revolutionary “New Eve” milk dispenser was created, which has both the anatomical and sensory features of a mother’s breast. Apart from being a similar shape, “New Eve” mimics the color, feeling, and even temperature of a natural breast, by integrating a heating element. In the construction of the dispenser, a material of variable thickness was used, which is thinnest and most flexible near the nipple, but thicker at the base which also helps to dissipate heat. The feeling of the milk temperature in the dispenser is also directly related to its shape, which allows the newborn to comfortably cuddle to the larger surface of the “warm breast”. The “New Eve” milk dispenser is a revolutionary project in the baby products industry and will certainly find a wide range of interested recipients. It would not have been created without the use of 3D scanners, which helped most accurately reproduce the ideal shape of a woman’s breast.

A graduate of the Academy of Fine Arts in Łódź. Since 2012, she has been an assistant at the Faculty of Design and Interior Architecture at her alma mater. Enthusiast of sustainable design and activities promoting science, especially research. Winner of many awards, regularly co-creates and participates in various types of open-air workshops, artistic events. In her realizations, she uses the possibilities that modern technological development offers, and also appreciates the functionality and aesthetics of the product.